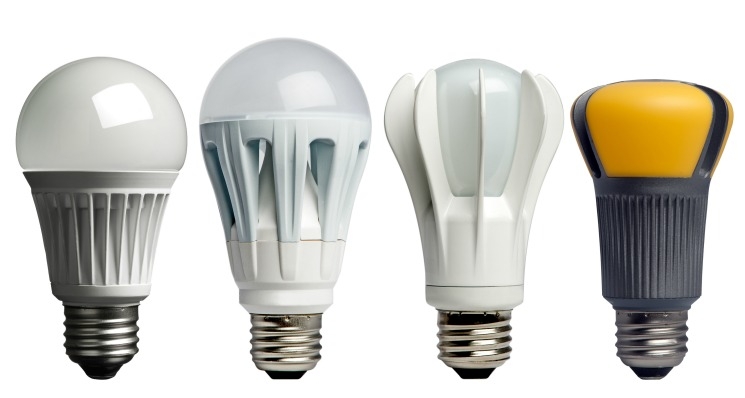 One LED will likely save between $500 and $1000 in electricity costs over its lifespan!

Start by replacing your household's five most-used light bulbs with LEDs. Putting LEDs in high-use fixtures will save the most money!

LEDs generally cost a little more up front, but they’ll save you a lot more money in the long run. LED bulbs use 75-90 percent less energy than incandescent bulbs and last 15 to 25 times longer. So not only will they save you money on your monthly energy bill, but you’ll also avoid the cost of replacement.

LEDs contain no mercury like fluorescent bulbs, and emit very little heat like incandescent bulbs, making them safer for you and your family.

How much money can LED lighting save you? It depends on many factors, such as electricity rate, usage, and number of bulbs; however, a Chico resident who replaces their home's 40 incandescent light bulbs with LEDs will likely save between $360 and $600 per year, or $30 to $50 every month.

Note: This calculation is based on each old bulb using 60 watts, and each new bulb using 9 watts and being on for 2 hours per day. PG&E's electricity rates vary from around 16-40 cents/kWh depending on amount used and time of use.

Want to calculate how much money and energy you can save in your house, plus get four free LED lights? Check out a Do-It-Yourself Home Energy Saving Toolkit from the Butte County Library or at the City of Chico (second floor front desk).

Replace incandescent bulbs first because they use the most energy.

Don’t worry, you don’t have to replace all your light bulbs at once! We recommend that you replace your lights strategically. Wait until incandescent bulbs burn out and replace them with LEDs!

The most effective strategy for saving energy and money is to figure out which incandescent light fixtures you use most, and replace those with LEDs first. These are likely to be kitchen, living room, office, or porch lights. If you replace just five 60-Watt bulbs that are typically left on for 6 hours per day, you'll save between $100 and $225 per year.

LEDs have a lifespan of 25,000 to 50,000 hours, whereas incandescent bulbs only last about 1000 hours. While an incandescent bulb usually only lasts about one year, an LED can shine for up to 25 years! Long life reduces cost of bulb replacement and makes LEDs ideal for hard-to-reach fixtures. (More information at energy.gov)

Directional. The light is highly directional. This makes LEDs very suitable to lighting applications such as kitchens and offices, and reduces energy use.

Instantaneous Switch-On. LEDs do not require warm-up time, so they are ideal for uses that are subject to frequent on-off cycling.

LEDs are safe as well as efficient. Read on to find out how they compare to incandescents and CFLs:

LEDs emit very little heat, unlike incandescent bulbs. This makes them especially great for holiday lighting, as they don't pose a fire hazard when hung on Christmas trees or houses.

You are not currently required to recycle LED lights.

CFLs, however, are required to be recycled, rather than simply thrown away as they contain mercury, which is hazardous. Incandescent bulbs can be thrown out with regular garbage, but are fragile, so you may wish to wrap them inside another item for safe disposal.